The Fall of Be a Player 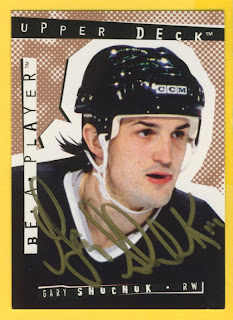 The first year Be a Player was introduced was in the 1994-95 season by Upper Deck. The series was a pioneer in the card industry as each pack featured one autograph per pack. The series was insanely popular, evidence of this is that there are very few sealed boxes left and if you managed to find one, you will pay $150 to $200+ a box.

Many of the cards featured players doing something other then playing hockey such as golfing or spending time with family. 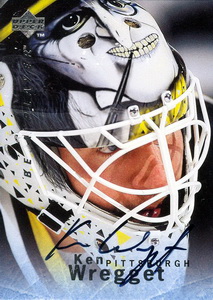 1995-96 featured the nicest Be a Player set in my mind. The player selection was very strong and the photos were very unique compared to other card series. On top of a regular autograph, a much tougher die-cut version was available. 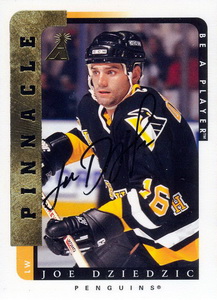 1996-97 was the first time that Be a Player was produced by Pinnacle. The cards were nicely designed and the inserts were very creative, especially the Stacking the Pads set. This was the first year that I was able to land a Be a Player pack and I managed to crack two packs thanks to my Grandma. 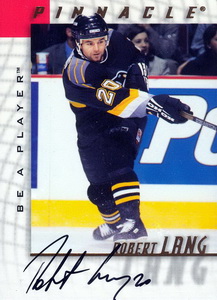 1997-98 was the second year that Pinnacle produced Be a Player and also their last. It's common to find sealed boxes of series A and B for under $40 a pop. Player selection was somewhat poor, although the three tiers of autographs make it a fun year to collect (regular, foil and foil die-cut). 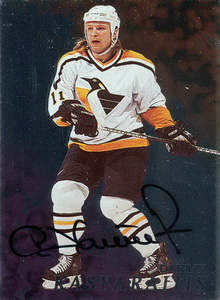 1998-99 featured a new kid in town producing Be a Player: ITG. The cards were unique and much different then what had previously been produced. A gold foil version is also available on top of the regular autographed version. 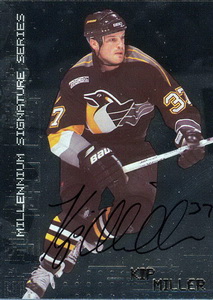 1999-00 was a very down year for Be a Player. The cards were somewhat similar with the foil background but now featured some tacky writing on the left hand side. 2000-01 another down year although the design was no where as bad as the year before. The gold versions of the card are actually very nice looking. 2001-02 and ITG is running out of ideas. This years design looks very similar to the previous years. The players union should have pulled the cord on ITG producing Be a Player but they decided to give them one more year to redeem themselves. 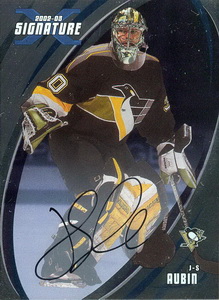 2002-03 featured a much better design, although it was not enough for ITG to keep producing the Be a Player set. ITG would soon lose it's NHL license and Be a Player would remain dormant for the next couple seasons. After a poor run of Be a Player with ITG, the collecting world would need some time to forget about the series. 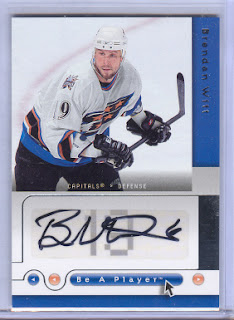 2005-06 featured Be a Player being produced by Upper Deck yet again. The cards designs were fresh and more current for the times. Sadly, some of the cards featured sticker autographs and this would be the last decent year of Be a Player. For the last few years I will simply post scans, with no comments. The designs really do the talking. 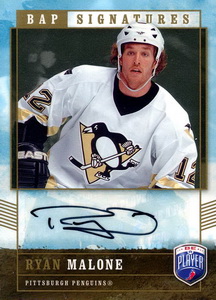 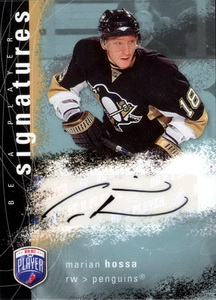 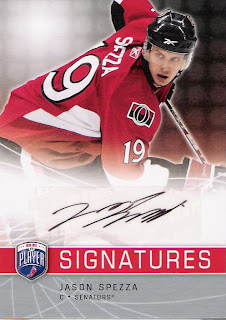 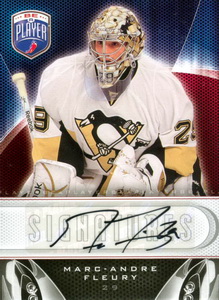 The cards above are the Be a Player designs for 06-07, 07-08, 08-09 and 09-10. After the ITG disaster Be a Player stopped being produced and the same is being done now. A very unique idea with the one autograph pack has become more ordinary in the industry now with high end packs featuring several autographs and game used cards. The one per pack autograph in Be a Player now features a very rushed sticker autograph with poor player selection.

For Be a Player to be successful again they need to make the idea fresh again. Bringing back photos featuring players doing something other then hockey like the early years would give the product a more retro feel.

Secondly, it would really help to keep print runs lower. Under 300 would be a good number and this would lead to signatures looking a lot more legible. Furthermore, no more sticker autos in the set, all on card autographs would be very impressive and would appeal to middle budget collectors.

I have a few more ideas but I think I will give the chance for my fellow collectors to speak, so if you have some great ideas on how to improve Be a Player, please post it up in the comments section.
Posted by Baseballislife1984 at 1:51 PM No comments:

As the years go by more and more of the players I grew up watching are starting to retire. I'm starting to feel old! 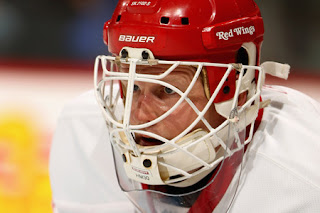 For years people have been debating whether or not Osgood is Hall worthy. His stats certainly say that he is, especially with 400+ wins and three Stanley Cups. The big knock against Osgood has always been that he played for a great team and never really needed to be spectacular to contribute to the success of the team. This is evident from the lack of personal trophy wins during his career.

With the above facts it's quite easy to say that Osgood was a good not great goalie, who had the luck of playing on some very good Wings teams. What should push Osgood into the Hall eventually is his playoff numbers: 74 wins, 15 shutouts, 2.09 GAA and .916 save percentage. Those are some spectacular numbers and how can anyone forget how Osgood saved the Wings when Hasek faltered in the 2008 playoffs. While Zetterberg collecting the Conn Smythe, it really should have been Osgood, going 14-4 in those playoffs with a 1.55 GAA and .930 save percentage!

Osgood retirement will mean the end of an era, no longer will any professional goalie wear the helmet/cage combo. 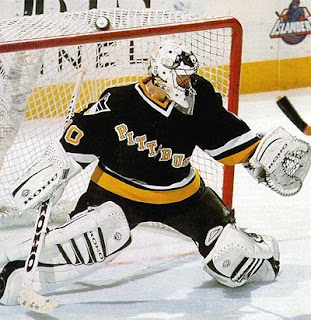 Patrick Lalime has also announced his retirement. While many casual hockey fan would not consider this a big deal, I can't help but think of his time with the Pens and the start of his career. Lalime holds the NHL record for the longest unbeaten streak to start an NHL career (16 games 14-0-2).

Lalime had some great years with the Sens as well but could never win when it mattered in the playoffs, although his overall playoff numbers were always very good. 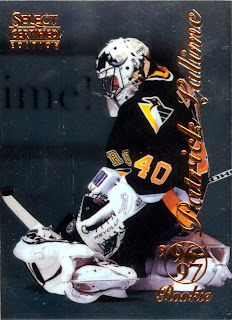 Right in the middle of Lalime's hot streak to start his career, I found this beauty in a $1 box at the card shop in my mall. I was really happy to pick it up for that price since dealers were selling it for $10 during the hot streak at the local flea market, my whole weeks allowance!

Both players will continue with jobs in hockey, Lalime as an Analyst, while Osgood will mentor/work with young goalies in the Red Wings system.
Posted by Baseballislife1984 at 7:39 AM 1 comment: