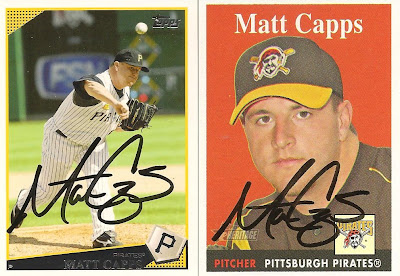 ﻿
I sent these out a couple of years back to Spring Training while Capps was with the Pirates. It was about two years ago that I last sent off a regular batch of baseball requests. I plan on sending more out this year once I get some US stamps!
Posted by Baseballislife1984 at 7:26 AM No comments: 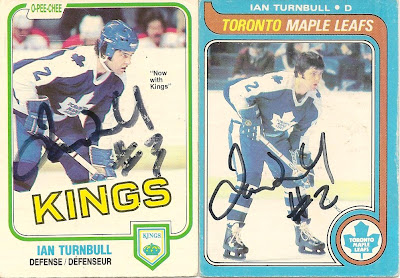 The former Leaf signed two cards for me. Turnbull holds the record for the most goals by a D-Man in an NHL game with an incredible 5!
Posted by Baseballislife1984 at 7:24 AM No comments: 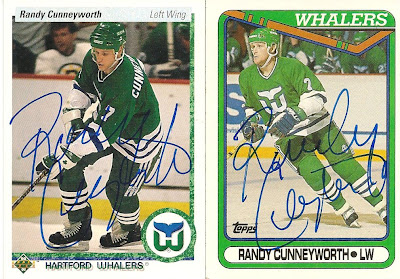 The non french speaking Habs coach signed these through the Canadiens. The Topps is a much needed setter and now I am consider going after 90-01 UD as well considering I have a handful of them signed already.
Posted by Baseballislife1984 at 7:22 AM No comments: 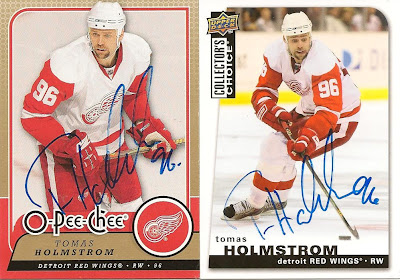 Holmstrom has put together a solid NHL career with the Wings playing in 1,000 plus games and netting over 500 points.

These cards have been out for a while, it was nice to get them back!
Posted by Baseballislife1984 at 7:16 PM No comments: 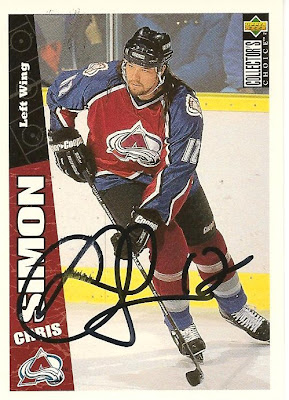 Simon had all the potential in the world to be a top power forward in the league and could never put it together, although he did enjoy a few good NHL seasons. He most recently played in the KHL and could be done after a poor season.

I did enjoy his style of play and he was a force for the Capitals in the late 90's.
Posted by Baseballislife1984 at 4:39 PM No comments: 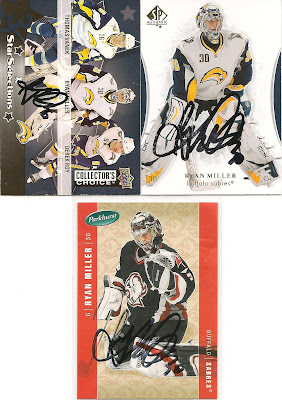 Alright, I'm back after an almost two month break from the hobby for personal reasons! I have some catching up to do with autographs I got in the mail.

I'm not the worlds biggest Miller fan, however I needed the Parkhurst as a setter. Too bad he signed the plastic on the card and not the card itself. He sent along two other cards, which does not ease the pain of coming so close to getting a setter signed!

My major beef with Miller is that he talks like a big boy for a guy who has never won any major championship before. You can run your mouth all you want and be outspoken once you have a Stanley Cup Ring, an Olympic Gold Medal, even a World Championship!
Posted by Baseballislife1984 at 4:34 PM No comments: