I bought this box at the spring expo for $10 and was saving it for a day when I really needed a break. Work was tough this week, I broke the box Friday night. My hopes were that I would pull a stamp of approval card limited to /100 copies and an opening day issue postcard.

The box featured 15 packs, 10 large packs with a 4X6 postcard and 5 regular packs with a stamp. This was one of the coolest ideas in the late 90's and it's a shame that this set gets hardly any love at all. 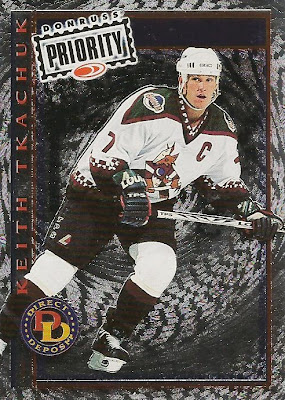 The direct deposit inserts are numbered to just /3000 copies and have a silver foil background. 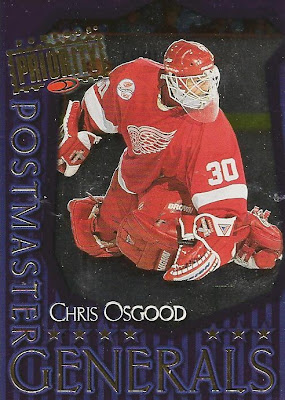 The postmaster generals is a twenty card goalie set limited to /1500 sets. I had previously pulled a Garth Snow back in the day when my local dollar store was selling these packs. 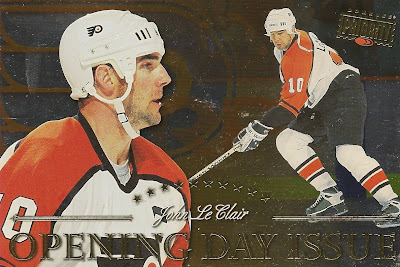 I did manage to pull an opening day issue limited to /1000 copies. This scan really shows me that I need to clean off my scanner. 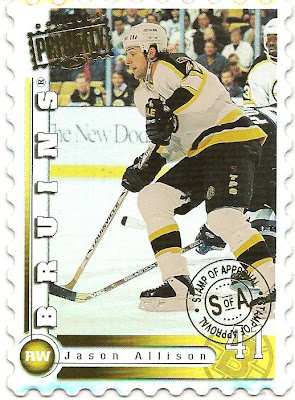 In my first pack I hit the stamp of approval card! It may be of the slow footed Jason Allison, however I am still very happy. The cards are numbered to /100 and you aren't guaranteed one in every box.

Lately my luck has been terrible when eBay auctions, it seems the stuff I like a LOT of other people like too because everything I bid on sells for way more than it should. Luckily I managed to win some nice stuff: 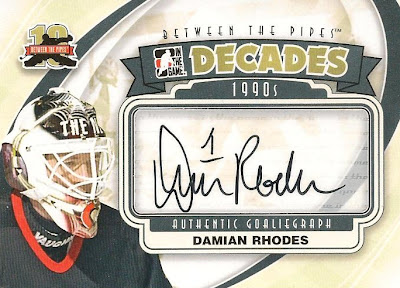 First up, a nice pick up from the new Between the Pipes series. I managed to snag this one for a few bucks plus shipping. 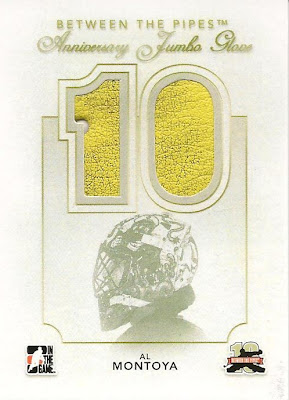 These anniversary cards are great and I was able to land the Montoya under budget. This card is numbered to /10 copies. 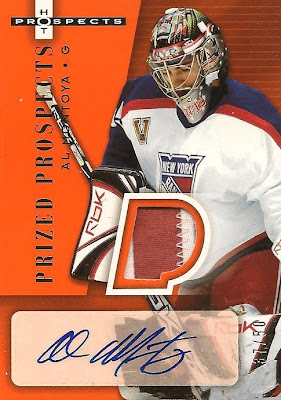 These prized prospects cards from 2005-06 have some very nice patches, although they are from photo shoot jersey's and not game used. Still a great piece for under $10. 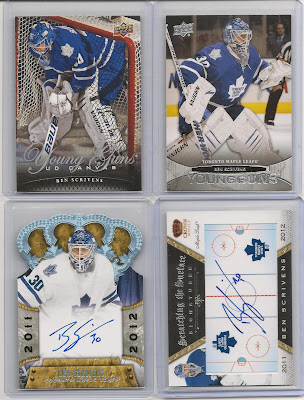 I wanted to start a small Ben Scrivens PC and I was able to pick this lot up for $20 plus shipping. I really like the crown cards from this year, reminds me of the good ol' creative days of Pacific. 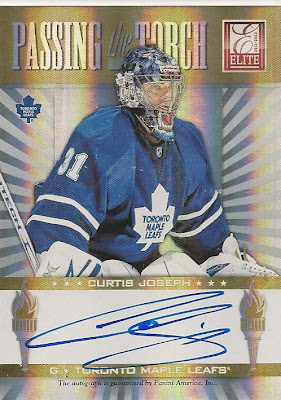 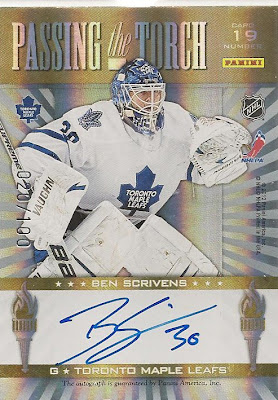 This card is even more gorgeous in person and features a new favourite with an old favourite. I spent a little bit more on a single card then I would have liked, however after getting the card it was well worth it.

While I haven't been picking up cards in quantity lately, I sure have managed to to pick up quality. Hopefully some nice 90's auctions will pop up soon, maybe a nice cheap box of 1996-97 Be a Player.
Posted by Baseballislife1984 at 7:20 PM No comments: